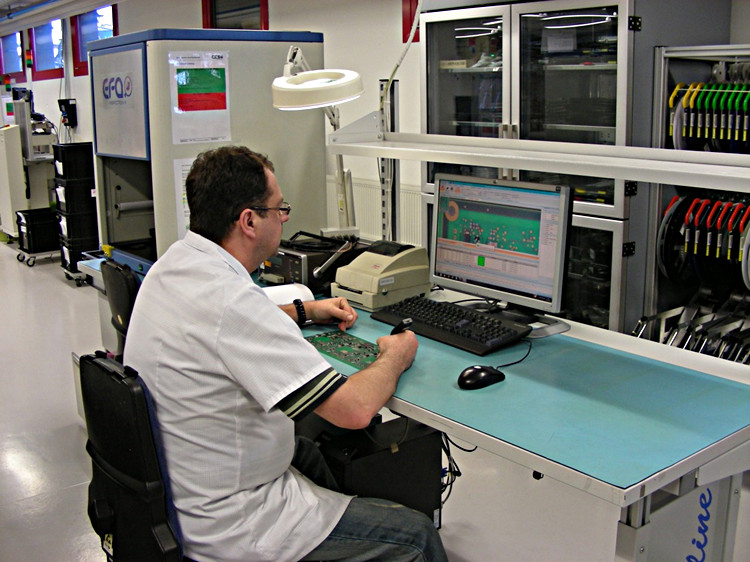 During the manufacturing of electronic assemblies, the quality of the products is ensured by a variety of inspections. The goal is to detect deviations in the process as early as possible. Only in this way can high costs for rework, "serial errors" or even complaints be avoided. At the same time, tests are being carried out optically at the beginning of the production process. Many of these optical inspections are the responsibility of visual inspectors, who carry out the assessment of the assemblies manually. CCS Schweiz AG uses the inspection system EFA Inspection, which specifically supports the vision inspectors and thus ensures process reliability and time savings.

As part of CCS Customer Care & Solutions Holding AG, CCS Schweiz AG is a leading Electronic Design & Manufacturing Services Partner. With locations in Switzerland, Germany, China, Hong Kong and Sri Lanka, CCS offers an optimal production structure for the diverse tasks of the customers. The Swiss site in Lyss has over 2,000 square meters of production space with state-of-the-art machinery. The location of the location guarantees customer proximity and thus fast and uncomplicated ways during development and production. Special customer teams are available for customer-specific projects - also for the production of prototypes, pilot and pilot series.

This process takes advantage of the great wealth of experience of the visual inspectors, but is due to the manual process extremely error-prone. Small distractions or fatigue can lead to missed mistakes. After that, there is uncertainty as to whether all components have actually been assessed correctly. Above and beyond the lack of traceability and logging, the high time spent searching for components on the board has a negative effect on the process. During the time-consuming manual test, the finished line waits for production release. This costs a lot of valuable process time.

The CCS Switzerland AG evaluated several systems and decided after a short test phase in June 2011 for the solution EFA Inspection of the LEBERT Software Engineering.

“The first thing that impressed us was the ease of use,” explains Mr. Lempen, employee in the Production Engineering, Test & Final Assembly department. The creation of programs in EFA Inspection is very easy. The data can be used exactly as it is already available for the production machines. The programming itself takes less than 5 minutes. During programming, the placement data (coordinates, article number, component designation, values, etc.), the placement plan and a recording of the first board are integrated. All this information is then available in a bundled form. The examiner is guided through the inspection. Gradually, all components are displayed to him together with the information available from the placement plan and the component list. (according to screenshot 1)

“This guided inspection gives us the assurance that the inspector has examined and assessed every component. No elements can be forgotten ”, emphasizes Mr. Lempen this function.

The evaluation is carried out by the operator and thus uses the diverse experience and flexibility of the visual inspectors.

With a total of 7 different inspection types and many individual setting options, EFA Inspection can be optimally integrated into the established process. The program itself can thus be used in a variety of ways and flexibly adapted.

"There are hardly any limits to the possibilities of integration into the existing production landscape," emphasizes Mr. Lebert, Managing Director of LEBERT Software Engineering.

“EFA Inspection is also constantly being further developed. We also implement individual adjustments in data integration, the connection to existing MES systems or even extensions to the functionalities of the software very quickly. "

After the complete inspection, a test report can be generated. Alternatively, the results can be transferred to the existing MES system.

With the introduction of the system, CCS Schweiz AG was able to drastically reduce the times for the initial sample inspection. With up to 2500 components on one circuit board, the time savings are well over 50% - many customers even speak of time savings of up to 80%. This has a direct impact on the entire lead time of a product. Not only can more be produced, the process itself has also become significantly safer.

"With EFA Inspection we were able to achieve significant time savings together with a significant increase in quality and process reliability," says Mr. Lempen, describing the successful use of the system.

The Inspection System EFA Inspection offers not only the use for the first sample inspection but also possibilities for the automation of optical inspections in the field of small series, prototypes and set-up controls. With various functions and options such. For example, surveying, utility function, fiducial recognition, golden board function, automatic loading and automatic result export, the manual optical inspection process can be automated exactly as the existing process demands. 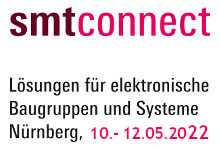 This website uses cookies to improve your experience while you navigate through the website. Out of these cookies, the cookies that are categorized as necessary are stored on your browser as they are essential for the working of basic functions of the website. We also use third party cookies to help us analyze and understand how you use this website. These cookies are only saved in your browser with your consent. You also have the option to reject these cookies. If you reject some of these cookies, however, this can have an impact on your surfing behavior.
Necessary Always Enabled
Necessary cookies are absolutely essential for the website to function properly. This category only includes cookies that guarantee the basic functionality and security features of the website. These cookies do not store any personal information.
Analytics
Analysis cookies help us to understand how our visitors interact with the website. They help us to understand how many visitors come, where the visitors come from and on which pages they are navigating. The cookies collect this data and are reported anonymously.
advertising
Advertising cookies help us deliver relevant advertisements and marketing campaigns to our visitors.
power
Performance cookies are used to understand and analyze the key performance indicators of the website, which helps to provide a better user experience for visitors.
preferences
Preference cookies are used to save user settings in order to provide content that is individual and convenient for the user, such as the language of the website or the location of the visitor.
Functional
Functional cookies help to carry out certain functionalities such as sharing the content of the website on social media platforms, collecting feedback and other functions from third parties.
Save & Accept